Stations 16, 17, 22 and Lake Harmony EMS were dispatched to a reported dwelling fire at 194 Holiday Drive in Holiday Pocono at 16:31 hours. Engine 1651 arrived to find the left side of the dwelling well involved. Ladder 1721 arrived next, stretching a line to the rear of the home and throwing a 28′ ladder to the deck to make entrance into the home. Crews from Lake Harmony and Penn Forest entered the rear of the home and made an attack on the second floor, where they discovered heavy fire conditions and a hole in the floor. Ladder 17’s aerial was put into service to vent the roof and later for the ladder pipe. Units from Penn Forest 12 and Tunkhannock 42 also assisted. A rehab unit from district 19 was set up due to the freezing weather conditions. No injuries were reported. Units were on scene for over 5 hours, the cause of the fire is under investigation at this time. 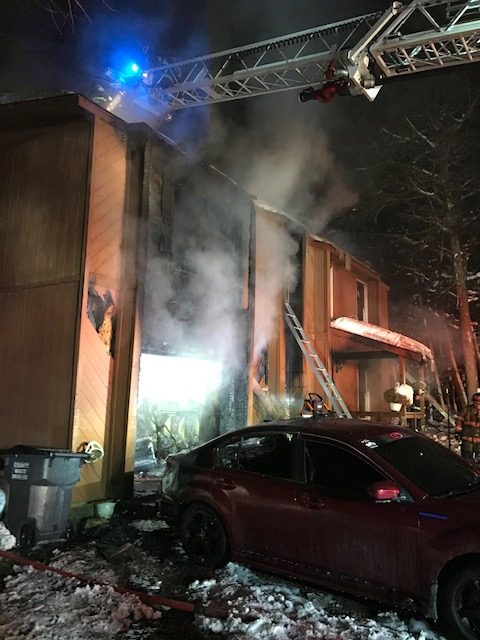 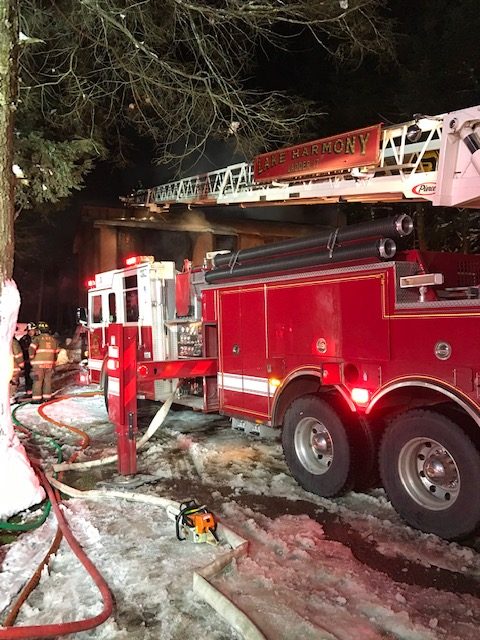 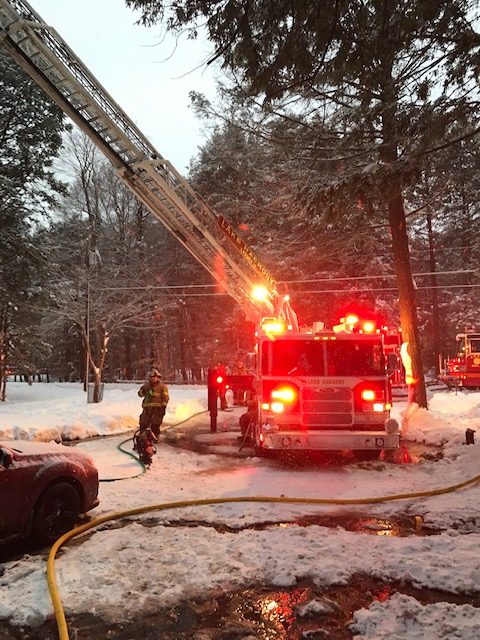