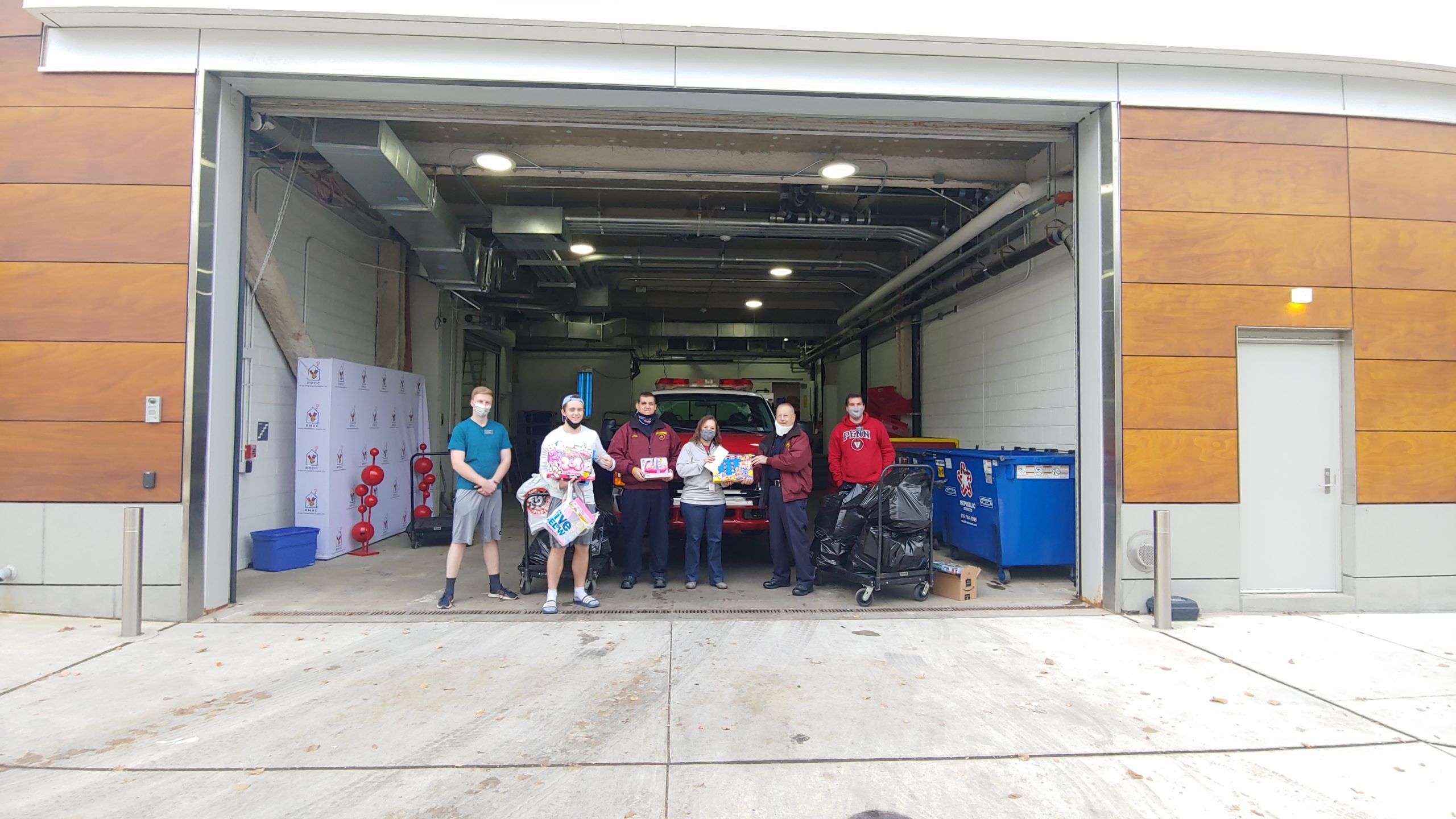 The project allowed the Fire Company to collect toys and money which was delivered to Philadelphia on Friday, December 10, 2021.

After delivering almost $600.00 and a pick-up truck full of toys the firefighters were treated to a tour of the facilities, which include a modern commercial kitchen which feeds about two hundred people each day, and rooms which accommodate up to 150 families per night.  The Philadelphia Ronald McDonald House is the world’s first house and at present is the 2nd largest facility.