A chimney fire was reported in Holiday Pocono in fire district 16 on Thanksgiving evening. Fire districts 16,17, 22, LH Ambulance and a RIT team from Monroe County were dispatched. Chief Berger held district 22 and the RIT team in station. Engine 1651 arrived and set up in the driveway. Ladder 17 arrived right behind them and their crew was ordered to advance a handline inside the structure. The fire was inside the walls and in the roof area of the chimney. District 22 was then ordered to respond to the call. Once on scene, their crew started to open up the roof near the chimney. Tanker 1632 supplied the engine, and was then replaced with Tanker 1631. Crews were on scene for 2 hours. No injuries were reported. 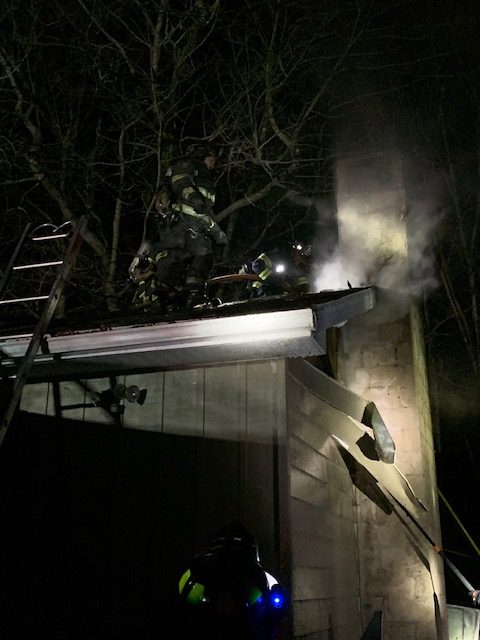 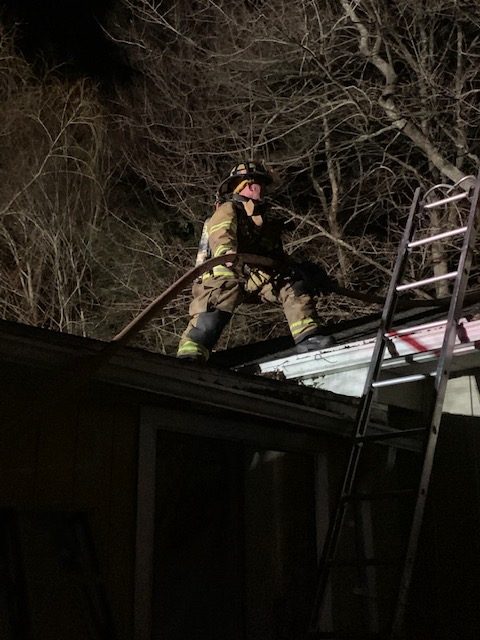